Big Wrestling Festival that is not WrestleMania 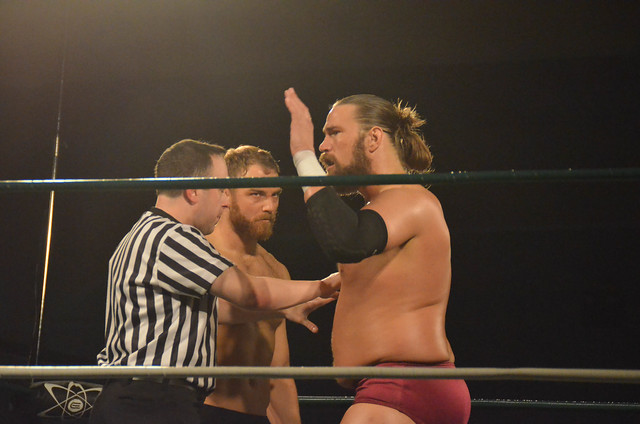 WrestleMania just happened in New Orleans, I must have listened to a dozen podcast where people talked about WrestleMania and all the other shows around it.  Starting with the first ROH SuperCard of Honor, other promotions have turned WrestleMania into a wrestling festival.  For a lot of people this weekend is the only chance they will get to see these wrestlers.

There are also two other things that came up recently.  The New Japan show at the Cow Palace went on sale on May 1. (Yes I got my ticket) Tickets for All In are going on sale May 15.  (No, there is no way I can go to All In)

During one podcast Jeff Hawkings made a comment about how overstuffed WrestleMania weekend is.  He got a chance to see lots of great wrestlers, but some of the matches were disappointing.  These wrestlers had many of matches in a short period of time.  For good reasons, these wrestlers held back in these matches.  It sounds like he would like to have fewer shows and better matches.

These two things came together and gave me an idea.  Could there be a hugs wrestling festival without WrestleMania?  Could three large promotions have anchor a big wrestling weekend.  Think about three big shows in a city over a weekend.  This would also attract smaller promotions to have other shows over the weekend.

What I worry about the most is the major/super indie promotions trusting each other.  So many wrestlers work for multiple top promotions.  Would Cody wrestler for New Japan or ROH?  There are a dozen wrestlers who you can ask this about.

Update:
I asked Tom Holzerman about this on his latest Tweetbag


In a way I think the original National Pro Wrestling Day was that.
— David (@chudleycannons) May 4, 2018