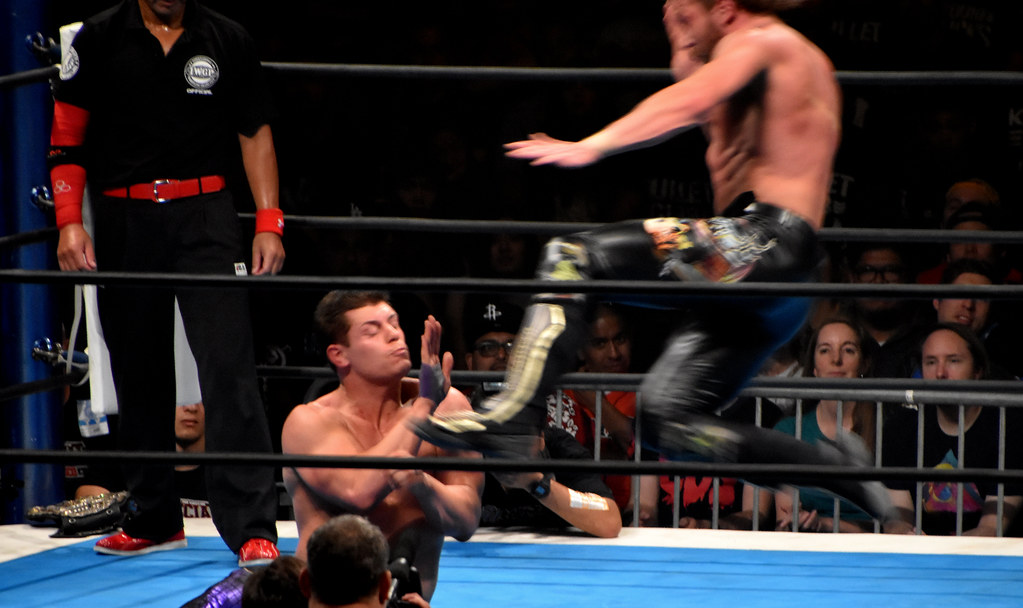 There is one old wrestling trope I'd love to see All Elite Wrestling bring back to the world of pro wrestling.  I'd love to see the idea that the wrestlers choose how they wrestle.  The idea is that wrestlers signed contracts to face their opponents for every match.  The wrestlers had a say in who they faced in the ring.  I know the WWE and the WCW killed this idea a long time ago.  This used to be how wrestling worked in some promotions.  It organizations like the UFC, the match makers can't just make the fighters fight.  The fighters still have to take the fight.

I think bring this back to wrestling would open up new stories that can be told. This would make ducking an opponent mean something.  Young wrestlers would take matches they are not ready for yet because they are trying to get ahead.  Villains would try to exploit heroes in some stories.  This way you also would not need an on screen authority figure making matches.

I think using a trope like this would be a clear way to stand out from the WWE.  The WWE reflects an idea in sports that athletes have no control.   Tom Brady does not control who he plays when, but individual sports are different than team sports.  In a way I feel this reflects how the WWE views their talent.

This would work well for AEW because there is an air that the Elite are taking their careers and leveraging control.  Cody, Omega, and the Bucks are choosing that is happening to them.  Bring back the idea that every wrestler takes matches because they choose to take every match.  It would not take long for that to be an important part of your story telling.  I think AEW is made stronger by acknowledging the wilder world of wrestling.  Wrestlers are choosing to wrestle in AEW over other promotions.

I've heard the Tony Khan wants to make wins and losses matter.  He wants to make an in story line top contender list.  I think this also makes sense if the wrestlers have to agree to every match they take.
Labels: contract match pro wrestling storytelling trope wrestling