Star Wars and My Dad 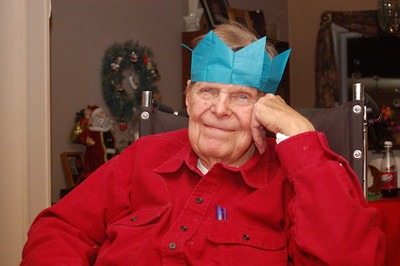 When I was a kid my father would make fun of me by rooting for Darth Vader. He would tease my by saying Darth Vader was the hero and Luke Skywalker was the villain. I would fall for this bait every time. This conversation would end with one of my siblings reminding me Dad was also a Yankees fan.
Dad loved old movies, the movies of his youth, Flash Gordon, Buck Rogers, He also loved westerns and war movies. I watched Midway with him more times then I could count. He thrilled at the way Star Wars referenced these movies.
He used to take us to the Drive In theater all summer long. At that time the A movie would play first, the B movie would play, and the A movie would play again. Star Wars and Empire were the rare movie he would let us stay for the A movie to play again.  Between 77 and 83 Star Wars and Empire would play at the Drive In every summer. It was hot hard to convince him to take up to see them.
As much as my dad loved movies, he didn't like movie theaters.  My guess is he could smoke a pipe or cigar at the drive in but not at a movie theater.  The only two movies I can remember watching in a movie theater with my dad are Return of the Jedi and Raiders of the Lost Arc.
Dad instanced the music from the end of Star Wars: A New Hope (The Throne Room and End Title) being played at his funeral. One time I asked him why. He told me "The story is about the triumph of the forces of live over the forces of death. Life conquering death is the meaning of Christianity."