Jay and Silent Bob the Reboot 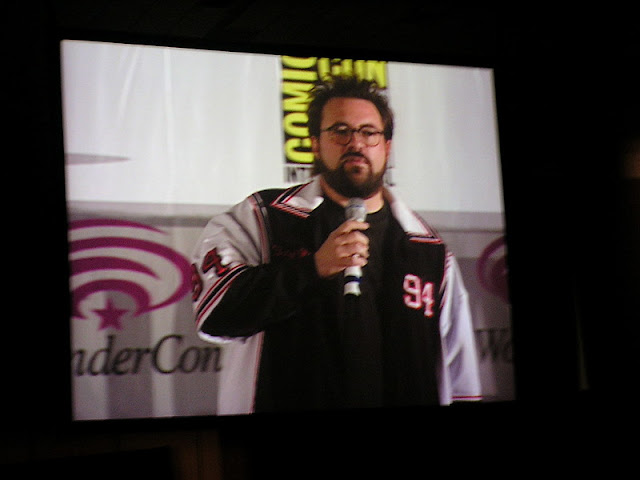 I watched the Jay and Silent Bob the Reboot on Amazon Prime Video.  The first two acts are a mess. Dialogue it's not very good. None of the lead actors were up to saving it. The whole movie seemed kind of amateurish.  It is a disappointed from a film maker who had made good films. It was bad in a different way than Clerks 2.
Maybe what I saw had to do with the way the movie was funded. Maybe they didn't have the money to keep shooting.
The third act was the kind of goofy fun I expected. There is something about running around a Comic Book Convention that Kevin Smith really gets.
I loved early Kevin Smith. My problem with the Jersey-vers Clerks 2 and after is it lacks the kind of authenticity I loved about those early movies. In those early movies Smith seemed very close to the struggles of those characters. For Clerks 2 and JSBReboot, it seemed like more of a metaphor. I thought Clerks 2 should have been about trying to make a movie. This might be why the best part of this movie is the CronicCon. That seems like something close to his life.
If Kevin Smith wants to make a movie about relationships between a father and a daughter, maybe a movie about a road trip to a film festival where the characters see each other in different situations. It could still be a comedy.  I think if we see what Kevin Smith's life is really like we would still connect to him, even if he is not like us.
Labels: jay and silent bob kevin smith movie review