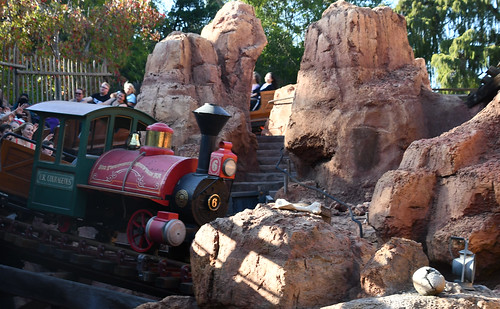 Every Cedar Fair Park in one year - I was thinking about this because of the Great America Platinum pass, which includes admittance all the other Cedar Fair parks.  There are 12 Ceder Fair Amusement Parks.  Two of them are close enough to be my home park.  A three day weekend you could do Cedar Point and Kings Island and get all the coasters.  In a week long vacation you could road trip to Carowinds, Kings Dominion, Dorney Park, and Canada's Wonderland. That leaves four parks that would need unique visits.   The chain has 124 coasters, as an adult I think I could ride about 110 of them.

The more I research these trips, the more impossible them seem.  It is like something you need to be a high school student to have time to do it.

50 Roller Coaster - At one time, I really wanted to take this trip the summer I turned 50 years old.  Ideally this trip would take less than a week.  For me I'd like a trip that would all be new credits.  There are a couple of road trips you could take.  But it would be a little harder than would expect.

I think the easiest trip would be in New Jersey and PA.  I think there are a few other places you could take a trip like this.  If I had two weeks a trip to get 50 credits would be easier.  In a week it would be harder.

All the Jersey Boardwalk Coasters - I would start with Morey's Piers and go north up the coast.  Going to Playland's Castaway Cove, Gillian's Wonderland Pier, Steel Pier, Storybook Land, Funplex, iPlay America, Jenkinson's Boardwalk, Casino Pier, That is a lot of places to stop.  I wonder how many you could do in one day.