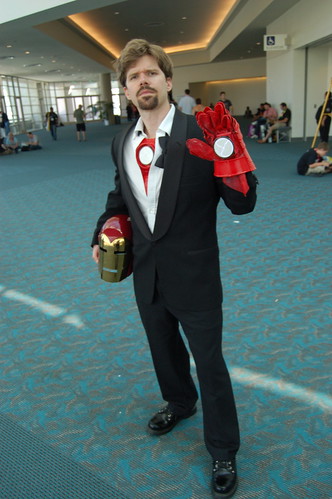 Once at a comic con panel someone asked Stan Lee about Reed Richards, if he was such a big brain genus why did he never try to make a commercial model of the Fantasticar.  He started by making a joke Reed Richards only caring about science and not caring about money. After that he made the larger point, for Marvel Comics to work, the world had to stay the world outside the readers window.  It was important for a Spider-man reader to see themselves in the world of Spider-man.  If everyone in the world had a Fantasticar or Tony Stark jet boots, the world would lose that quality.

In modern science fiction and fantasy, worldbuilding is really important.  There are a large group of readers who want the world to feel real, logical, and lived in.  I think this is an idea that comic writers and comic readers struggle with without even realizing it.  In Stan Lee's era it was a bit easier for that suspension of disbelief.  Now people want to think about what it means for all these super inventors in comics, but none of these inventions ever hit the market.

It is hard to think that Mr. Fantastic would spend his time going back and forth from the Negative Zone, but cannot solve world hunger. Tony Stark can build hundreds of suits of armor, but the military still fly jets. Hank Pym can shrink anything, but global warming is still a thing.

In part our world has changed.  It is hard to think about Tony Stark in the world of Elon Musk and Jeff Bezos.  In the 60s, computers, cell phones, and the internet were the stuff of science fiction, not the living world.

The number of people reading Marvel and DC comics are going down, which is odd since the MCU is the most popular movie franchise of all time.  There are Marvel and DC merchandise all over stores.  But there is something wrong in the world of comics.