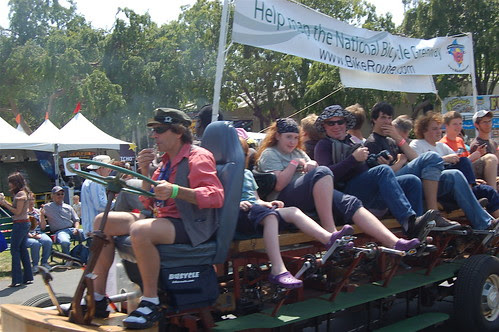 On Saturday Kate and I went to Maker Faire. It was cool, but I do not think it was as cool as Maker Faire 2007. Maybe it is because I expected it to be better than last year and I was disappointed.

For one thing it took me an extra hour to get there. Getting from the 101 offramp to the ticket gate took me one hour and fifteen minutes. That is really long. The traffic was really bad. Sitting in traffic that long really took a toll on me. After being annoyed for that long it was a little harder for me to enjoy things. 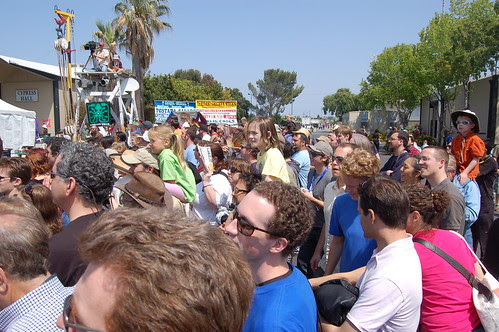 Of course a more crowded Maker Faire means exhibitions were harder to see. I did not get to see the life size mouse trap go off because there were too many people around. Several things where that way. If the life size Mouse Trap is there next year, I hope they have bleachers around it so more people can see it go off.

I will go to Maker Faire next year. I will try to make more time, get there earlier and stay there longer. It make take a little more from me, but I think it will be wrk it.
Labels: flickrpost Maker Faire Maker Faire 2008