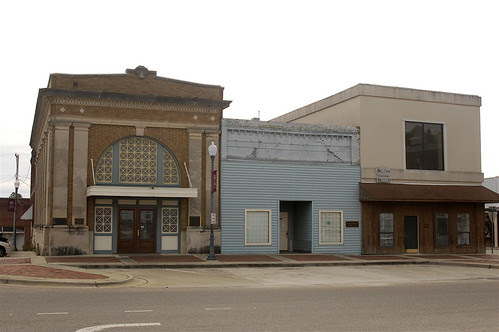 Was I the only person who woke up this morning humming John Melloncamp's "Smalltown" after seeing Sarah Palin's speech last night. You might not agree with the content of the speech, but the speech did make it clear why John McCain picked her. After the speech picking Sarah Palin seems like a much smarter pick than it did a week ago

Sarah Palin did a lot to cash in on the idea of being from a small town. Her speech went a long way to say "I am more like you than I am like them." The them being the inside Washington types and the costal media. She went a far way to define who she is. She went very far to say that is who she is and who she will fight for. Many people I know who live in small towns feel very alienated from the major American cities. I can see Sarah Palin playing well in these small towns.

I hear lots of people in the Bay Area use the term "fly over states" and that is exactly who she is trying to appeal to. She went as far as name checking the states that might be in Michigan, Ohio, Pennsylvania, West Virginia, Minnesota. These are the places where she can make a difference. She is not meant to pick up New York or California Hillary Supporters. She is meant to pick up some of the places where Hillary did well and Obama did poorly. According to the CNN Electoral Map, these are places where


Why did John McCain pick her, because he has a gender gap problem. More women are democrats and John McCain is not going to win without closing that gap. He does not need to close the gap everywhere. The CNN political map points out some of the places Palin can make the difference.

Yes John McCain knew what he was doing when he picked Sarah Palin. I do not think she was his first pick. I do not think he thinks she is the best choose to be President if something happens to him. The VP is not about the best person to be president because they cannot be president if they cannot help win the election.
Labels: Barack Obama convention election Hillary Clinton John McCain politics republican Sarah Palin speech tag overload