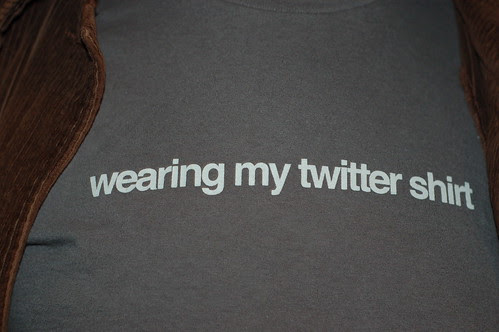 I know that I have been falling down lately when it comes to writing in this blog. I do not have the time and I cannot seem to make the time either. I sit down to write and my mind draws a blank. I am not reading my friends blogs all that often either. I read some blogs, but it is not important to me.

I am keeping my twitter account up to date. I can always find a few minutes to use twitter and read other twitter posts. Twitter is where I go to find out what is happening. During the election I used it all the time to find the latest news. I rarely found news by reading blogs.

I have some blogs I read in Google Reader, but most of them are Professional blogs like Gizmodo, or Engadget. Those are not really tools of the masses. Blogs have good from tools of the masses where anyone can be heard to the domain of professional writers and journalists. I think this is a big shift.

The web is a weird place. There is this constant battle between communities of users and monetizing the web. In 2002 I felt like blogs were giving the internet back to the people after the dot.com boom gave it to companies. Now user content has gone away from blogs and has gone to Twitter and Facebook.

I enjoyed when Blogs where king. I remember when I went to my first blog meeting in 2002 people were asking of blogs where dead or not. That was before most Americans had even heard about blogs. Maybe I am asking the wrong question.

Blogs will not go away, they are just being knocked off the top of the internet food chain. Twitter, Facebook, and other mobile apps will be taking over. That is what people will be looking at first. Blogs will just be coming after that. Who knows where technology will take us after that.

Blogging must be dead. I cannot pay attention long enough to make this post make the point. 140 characters would have been better.
Labels: blog engadget factbook Gizmodo self Twitter