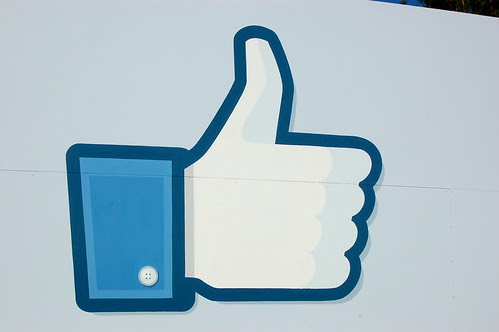 I heard a lot of people talk about the Facebook IPO. It is the kind of thing people have been talking about for years. Most of the news programs and podcasts that I hear talk about Facebook talk like Facebook is destine to rule the internet forever. It is kind of like how people talked about Google 4 years ago.

I like to think about what could cause Facebook to trip up. Time move very quickly on the internet. What is hot and important today, might not be on top tomorrow. Because of Moore's Law there are always new doors opening in terms of what services can be offered over the internet. Because of constant innovation the world can change on a dime.

Facebook's secret sauce is they can track what people are doing in terms of advertising. Companies want access to the kind of information that Facebook has and are willing to pay for it.

The history of online advertising is not that long, but there has been a trend over the last 15 years. What works today might not work tomorrow. The way users consume online content changes all the time. At one time people made money with banner ads. People can not longer do that.

I think the biggest threats are regulations about social graphs needing to be exportable. Forced data portability could open the door for a competitor to get a foothold in the world of Social Networking.

3. Kids decide to use the next social network

I have a theory that an Internet Generation is four years. If you look at the history of the Internet there are these four year trends. I think it has to do with always looking for what is new and what is next. I say it is four years because that is the length of high school. Anything that has been around for four year, everyone knows about.

I am sure someday kids will not think Facebook is cool. If your parents are on Facebook, you need a new place to hang out with your friends. Part of high school is creating your identity for yourself. A lot of creating yourself is moving away from your parents. You have the ability to limit who sees your posts on Facebook, but you don't have the ability to create a whole second persona.

I am not sure kids in a few years will like Facebook. It is not something they discovered. They might have a brand loyalty to a new social network. For a long time Facebook has been a 'cool brand.' What happens when Facebook is no longer a cool brand? Will it still grow?

The reason this is important is because of automated sharing. If I have to use Facebook to log onto a music service and that music service auto shares what I am listening to, I might not want to use Facebook if my parents are watching. This is where this conflict becomes something that makes people move to a different social network.

There are other social networks. There is Google+, Pintrest, Twitter, and others I do not know about. Right now I have friends that are not using Facebook, but are using another social network. This means that people have to either use multiple social networks or have to only socialize with a subset of people.

I think that a key feature of Facebook as a social network where everyone is communicating. I think Facebook will not be worth anywhere near the same market cap if it is just one of a crowd when it comes to social network. I do not see advertisers putting their money into Facebook and other social networks at the same time.

I think there is also a problem in the tech industry with diverse market places. People have down graded Yahoo for years for not being Google. For some reason second place is last place in the world of the internet. I am not sure Facebook would survive in a market that no player had more than 20% of the market place.

To my experence Facebook is a social network that you use mostly on your desktop and can use on your phone. The phone experence is a faction of the the desktop experence. I am not sure you can make a site that is the same experence on both a mobile and desktop computer and still compelling.

In photo sharing we have started to see the rise of the mobile only sharing site. A user can use Instagram only from their phone ans still have a great experence. I think if someone made a mobile only social network they could make it really compelling. If that happens people might not use Facebook at all.

Jack Welsh says that Facebook might have problems with a culture of haves and have nots. I do not think the problem with the have-nots is all that hard at first. If you have a good stock price you can always give out more stock options. It will be years before stock options do not excite new employees. If the stock stops performing that is where an issue might be. Every options are underwater, that is when you will see people start to leave in droves.

I think that the issue more of the people who have, are going to look to move on. The people who become millionaires might have other projects they want to work on more than Facebook. If I am all of the sudden worth $10 Million, I might want to go found my own start up. This is the kind of brain drain that would effect a culture like Facebook.

This vision invests Facebook to some very specific ideas. For example, you can use Paypal without an eBay account. You can have as many Gmail accounts as you like. Your Flickr username is not your Yahoo username. All of these things are very un-Facebook.

Because of Facebooks investment in it own philosophy, it will make it very hard for it to hard to course correct it is needed. The larger the Facebook user-base is the harder it will be change their product.