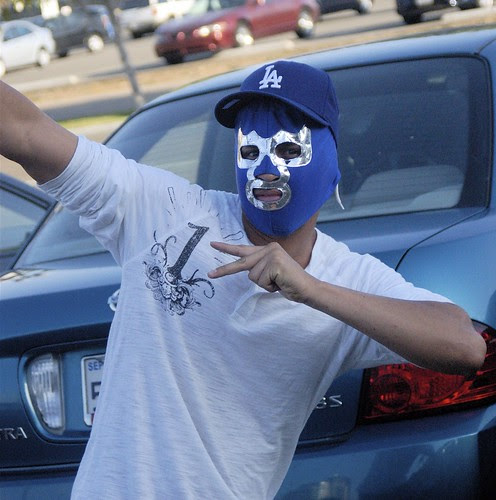 I was listening to the Joe Drilling on the International Objects podcast. He is former pro wrestler, podcaster, and actor. It is a pro wrestling podcast and he had lots of great thoughts about pro wrestling. There are two things he said that really stuck with me. It is the kind of things that people running pro wrestling promotions should think about.

1. There is no Juilliard of Pro Wrestling.

According to Joe Drilling the state of pro wrestling training is dreadful. There are not accredited schools. Other forms of performance have university level schools where people can learn their craft. Even clowning and tumbling have real schools.

What a pro wrestling University curriculum would look like? I think you would study not only wrestling, but history, acting, broadcasting, drama, business and psychology. The wrestlers need to know about how everything works and how they fit into that structure.

2. The term Mark disrespects the fans and is out of date.

Back in the Kayfabe era a Mark was a person who thought wrestling was true. This goes back to the carnival roots of pro wrestling. The idea of a mark is that the performers are fooling the fans.

This is a bad idea. In every other art form the idea is that the performers are and audience are working together. There is some idea that the wrestlers and the audience are working against each other in wrestling. Mark is derogatory term and it makes me wonder what wrestlers and promoters think of their fans. Using a term mark makes you think that the wrestling industry is about making you give up your money, instead of putting out an entertaining product for the audience.

Unlike any other performance, there is a tension between what the fans think they know and what is really going on with wrestlers in the ring and backstage. Even with the end of the Kayfabe era, fans still want to know the real story. Marks want to know what is going on backstage, how has real heat, and who are really friends. It is easy to know what they is, but it creates the attitude about the fans being marks. There is no end of shoot videos. Just check out you tube and you can find tons of wrestlers telling the truth about wrestling,

This tension between wrestlers and marks plays itself out all the time. You always here that marks and dirt sheets have no idea what they are talking about. In the end I think this tension makes wrestling worse not better. You do not see this tension in television, film, music, painting, theater, or any other art form.

In pro wrestling there is also an idea where if you are a performer in the business and are a fan of pro wrestling you are a mark. The idea is if you are in the business you should not be a fan. A wrestler is being a mark if they get emotional involved in the stories being told. This is looked down upon in the world of wrestling. You can like the performance, but you cannot care about the characters because you know they are characters. If you are a film maker or a novelist you are expected to care about the characters in other films or novels. This seems to be a tension.

The world of pro wrestling is really odd. It has changed so much in the last 30 years. In 1981 there were still territories without national promotions, no Pay-Per-View, very little cable television, and very few matches being shown on free television. I feel like the ideas of training and the relationship between performers to audience are some of the things that need to change.
Labels: Joe Drilling mark pro wrestling training