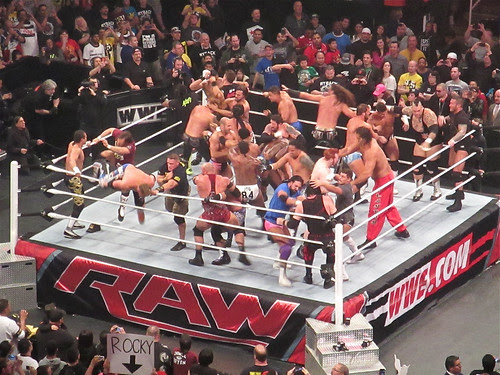 On Monday night I went to see Raw in San Jose.  It was the second San Jose show that the WWE has had since I started doing the International Object podcast.   I want to say doing the podcast gives me some kind of insight about what I was seeing, but I think that is bull.  I will say that doing the podcast made me motivated to go to the show. 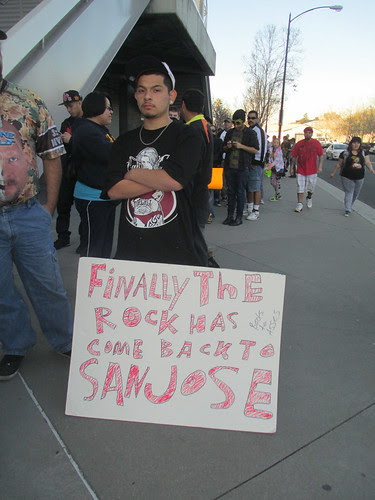 I got to the HP Pavilion about an hour before the doors opened.  I wanted to take time to see what was going on outside.  When I first got there about 40-50 people were waiting outside. They were the hard core fans with belts and signs.  I was walking around, taking picture and listening to Colt Cabana's art of wrestling while I was walking around.  By about a half hour before the doors open there were about 500 people waiting outside. 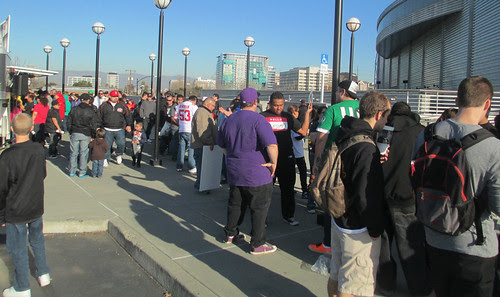 I took the chance to walk around the back of the arena and see the trucks. 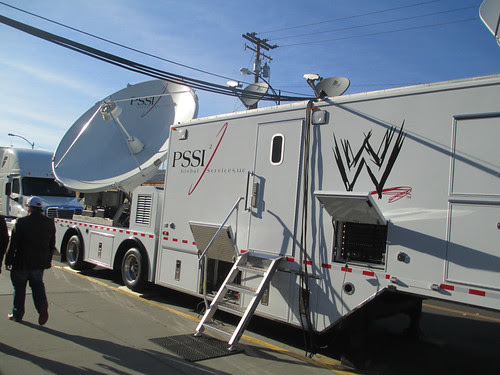 I saw the Satellite trucks and big rigs, but I did not see the touring buses for the big stars.  I wonder where they were parked. 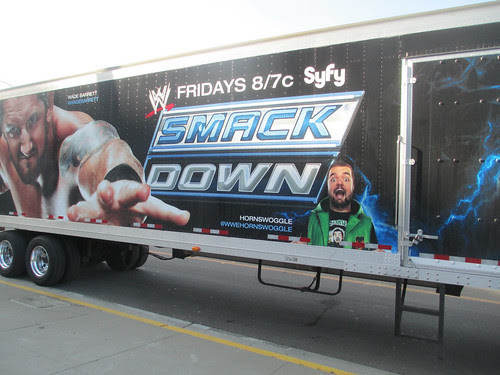 The first thing you see coming into the arena is the merch table. 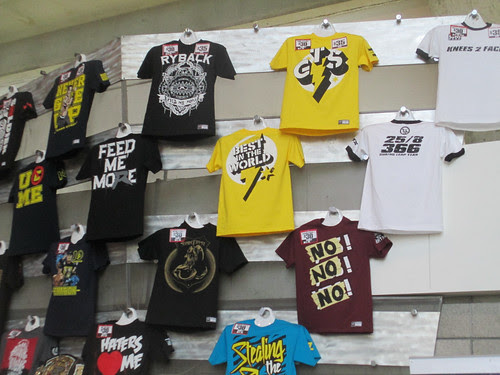 The problem is that this causes a crowd right at the front entrance.  You have to cut through the people standing in line to get anywhere.  This is the only thing the WWE does wrong with the arena experence.

My seats five rows back on the upper bowl were good.  I think the line of sight was better than being in the corner of the lower deck for Smackdown. 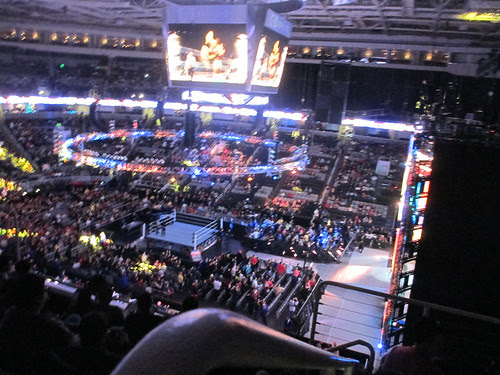 After a couple of matches for Superstars, Vickie Guerrero and Paul Heyman came out to talk.  Vickie Guerrero got the biggest negative reaction.  They reviewed what happened with the Rock Concert the week before.  When Vickie talked, the audience booed her the whole time.  This made me think that we the audience are really the heels in this situation. I think this need to be written about in its own post.

The odd thing about the audience reaction to the Villains.  For CM Punk, and Dolph Ziggler had 50-50 reactions.  There was as much cheering as booing.  For Wade Barrett and Antonio Cesaro the reaction was lukewarm.  Only the Big Show was a total negative reaction.  When he worked the mic he was good at getting the fans against him.

I think CM Punk is failing at being a top heel.  The only thing he does is insult the fans.  I don't think that is enough at this time.  When a wrestler says "I'm better than you." I can say to myself "Yeah you are just like me, better than the rest of these people."  I think that is why CM Punk gets a 50-50 reaction.  At time I wondered if people cheer the title.

One of the problems is that CM Punk is not lying in any of his promos.  I read once that a heel has to Lie, Cheat or be a Coward to be an effective heel.  I think that is part of the problems with the current WWE heels. 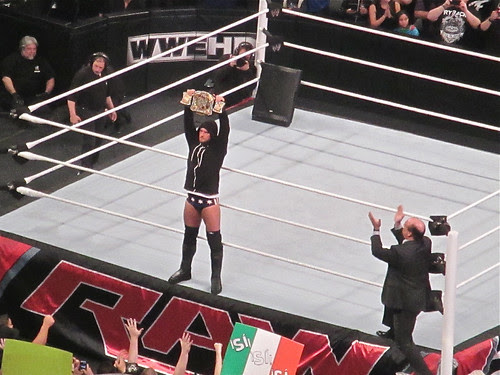 I am not sure if this is just San Jose or not, but Alberto Del Rio was over as a face.  The audience in San Jose most have been 40% Mexican.  That could have been why he was so effective.  I think that he has everything it takes to be a hero.  He is good in the ring and I think he can use his good looks to get over as a hero. 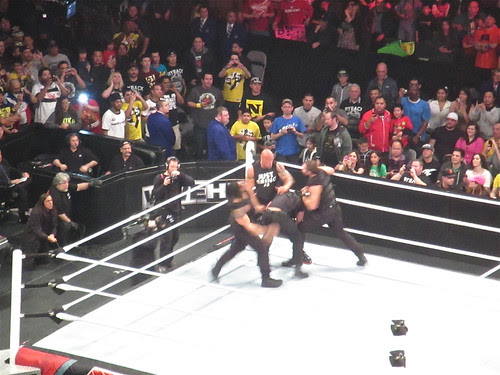 I liked seeing the Rock getting beat down by the Shield.  When the Rock could not get up, he did a good job selling the beat down.  He looked like really got the crap kicked out of him.

I enjoyed going to Raw.  The matches were pretty good.  It was an overall better show than Smackdown in San Jose.