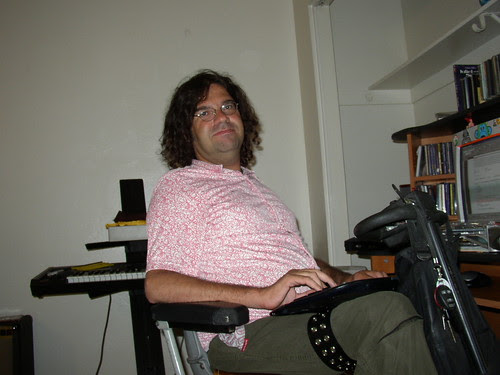 My Friend Sluk passed away on Sunday Evening.  I wanted to write my own little remembrance of him. Sluk was smart and kind.  The first time I met him he insisted on a hug good bye.  He was going to school with one of my best friends.  He know that he would be seeing me again.

When I was floundering in my mid-20s he was always willing to listen to me talk about my life.  Those conversations really stood out to me.  He told me to be confident in myself and if I wanted to move, I should move.  He told me not to use other people for an excuse for not living my life.  He helped me decide to move out west when I really needed to leave my home town.

When I he was living in Arizona I visited him for Thanksgiving.  He and Jeremy had a big Thanksgiving dinner with a bunch of people from Tucson.  He said his family sent him a couple bottles of Italian red wine and we needed to finish them.  He said it was a family tradition at Thanksgiving.  We finished those bottles and he pulled out two more, we finished those bottles and he pulled out too more.  We were well into the evening before he let us know his family sent him a whole case of wine.  I did not like red wine before that night.  Now it is my choice of wine.

Sluk was a great guy.  He was strong, he lived 20 years after a heart and lung transplant.  He was wise, he asked me the most important question anyone ever asked me. He was talented, he was the musical force behind a band his friends wanted to put together. He was funny, he made me laugh to tears more times that I can count.  He was a friend and I cannot think of a better complement.
Labels: friend Obituary sluk