I just bought an elliptical machine recently.  The idea is to work out at home. I have the chance to watch TV while I work out.  The problem if my garage has spotty WiFi and no cable signal.  That means my best source of TV is my Blu-Ray player.  I have decided I am going to work my way through my wrestling DVD collection.  Wrestling matches is the right combo of something I can pay attention to, but it won't bother me if my mind wonders.

The first disk up is: 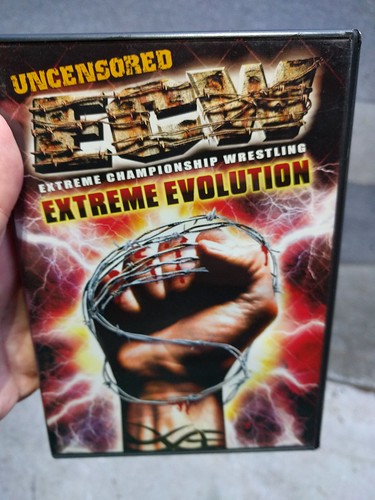 ECW Extreme Evolution.  I have all the Pioneer ECW DVDs.  It has been a long time since I've watched any of them. It will be a good chance to watch them all.