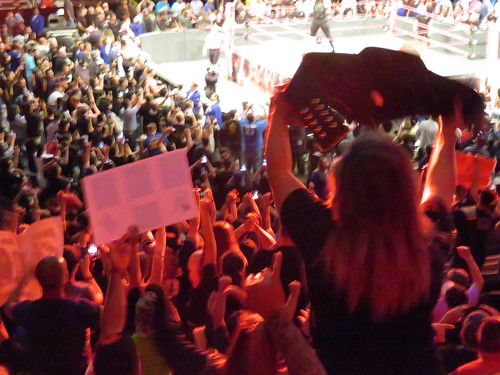 On Voice of Wrestling and Wrestlenomics they talked about the most recent WWE survey.  The main question of this survey is what content would get you to upgrade to a higher price tier on the WWE Network.   This made me think of what shows I find interesting. I am going to pitch a show.

One line pitch: the WWE network shows the great story lines in wrestling history from start to blowoff.

Elevator Pitch: We take the extensive WWE archives to focus on a single wrestling story line from beginning to end.  You show every match, promo, interview segment, and televised interaction that is part of the story.  You get to see the build of why the match happened, not just the match.  You also get to see the documentary interviews the WWE produced after that case.  Even make new interviews to enhance the program.

The benefit of this content is it is new, in a context wrestling fans have never seen before, but it is also content the WWE already owns.  They just need to edit into a single program.  It is the kind of programing that would incentivize hard core wrestling fans who already subscribe to the WWE to buy the higher tier.

It is also the kind of program that other people will market for you.  Many of wrestling podcast would use these programs to create their content.  That would encourage the WWE subscribers to not churn out of the higher level network tier.