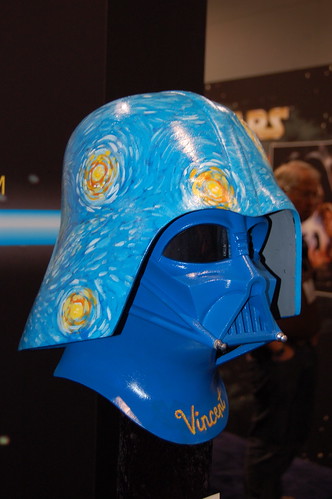 I just saw Star Wars: The Last Jedi, now I can read all the blog posts and listening to all the podcasts.  I've been trying hard not to be spoiled.  I did a pretty good job.

My over all feeling is I liked the movie, but I am a little disappointed.  After all this time I was waiting for something more.  I am not sure what I wanted, but I thought it would be something more. There were a lot of ideas in this movie and cool ideas, but I feel all those ideas got in the way of the story that was being told.

I read this article about Mark Hamill's feelings about the movie.   He does not agree with Luke Skywalker's actions between Return of the Jedi and the Last Jedi. There was a quote in this story that really sparked an idea in my head. "it’s not my story anymore, It’s somebody else’s story, and Rian needed me to be a certain way to make the ending effective.”  I really like this quote.  I think this is a very enlightened way to view this story.

The idea I came away with fixes the Star Wars Universe for me.  I think each Star Wars Trilogy takes place is its own narrative universe and these universes make up the Star Wars Multiverse.  The events of the first trilogy, Battle of Yavin, Battle of Hoth, and the Battle of Endor take place in every universe, but the meaning and effects of these events are different in each of the different universes.

Once my friend Sluk told me why he loved Return of the Jedi.  He pointed out that Yoda was wrong about the force and Luke Skywalker was right.  Luke rejects the idea that emotions are dangerous for a Jedi.  Yoda's Jedi lifestyle rejects strong connections with loved ones. Luke uses his emotional connections with his friends to saved them.  He uses his love for his father to save his father from the dark side.  By the end of Return of the Jedi Luke Skywalker has created a third force way between the light side and dark side.

I feel that the Last Jedi misses the idea of how Luke Skywalker used the force.  I think it missed important ideas of the character of Luke Skywalker. It is still a good story to tell about the force and the work it takes place in.  I can only think it is happening in a different world than I watched in Empire Strikes Back and Return of the Jedi.