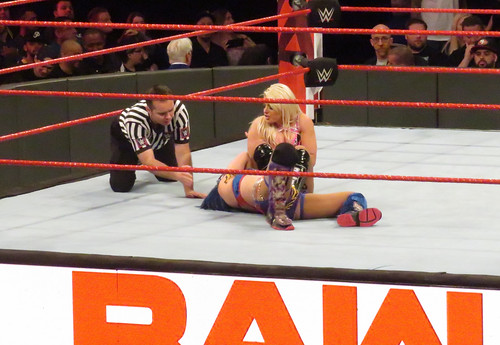 After the Mae Young Classic in September 2017, a lot of people suggested the WWE should do a Woman's wrestling show on the WWE Network.  While I heard people give he idea momentary conversation, no one really broke down the pros and cons of doing this.  I have been thinking about this for a while and I think I have seen most the angles.

Note: I started writing this a few months ago.  It feels different now we are seeing the end of split brand PPVs.  In the end, I think that could me more useful to have a Woman's Wrestling Show on the WWE Network.

Story lines for more characters - The number one problem with the women's division on both Raw and Smackdown is they don't do enough stories that do not involve the title.  Ever match is either for the title or to become the number one contender.  They do a poor job building up stars that have a long lifespan.  This is because characters are not built up in the undercard.   This takes away a lot of the richness that could happen with wrestlers build characters and connecting with the audience.

If you had a woman's wrestling show you could have stories for more characters.  Wrestlers would not disappear while they wait for their next story.  They would not be stuck in multi wrestler matches or doing things other than wrestling to make sure people remember you are on the show.  You can take longer times to build characters before moving them into the title picture.

More complex story telling - With more time you can tell more complex stories. You can tell a story about two wrestlers that has nothing to do with the next PPV or the next Raw show.  You can slow your story beats and let things simmer.  That slow build can get fans invested in stories.  You can have stories on the back burner until they are ready to be hot.

You can reference these stories when you use these wrestlers on Raw or Smackdown. This improves the stories you can tell on other shows.

Air time for more wrestlers - Wrestlers need airtime to become stars.  You need people to see them in matches to get people to care about them.  More airtime gives the WWE more chances to build more wrestlers.  This means when two wrestlers you have built for a while face off, you have more fan engagement. This also fixes the problem of having to have all the women in one story line so they get on TV.

WWE is both a TV and Live Event Business - Most of the chance we get to experience the WWE is as a TV show.  I am not sure how many live events a super hardcore fan could go to.  As an average fan in a big west coast city, I can see them between two and six times a year live. I could stretch this to about 20 if I go see them every live show in California. That is compared to over two hundred TV shows between USA Network and the WWE Network.

That said, when I go to shows, I always see women's wrestling fans.  These fans are both women and men.  If you remove women from one of these tours, it hurts that tour and those fans.  This means you need to keep the women wrestlers on both tours and both TV shows.  I really don't think it is enough to just make these matches the dark matches.

WWE Network Viewers are a subset of Raw and Smackdown viewers - There are 3 million Raw viewers, 2.5 million Smackdown Live viewers, and about 1.7 million WWE subscribers.  This means you will be missing many, many fans if you make this a Network show.  Yes you can use Raw and Smackdown to drive viewers to the network.  This means the WWE storytellers need to make a real effort to reference stories that are told on a network show.

The culture of WWE would make this a secondary show - For years the WWE has been teaching the audience there is an A-Show (Raw), a B-Show (Smackdown), and meaningless shows.  NXT has found a way to be outside of this, but few other shows have not fared this well.  A show like 205 Live has been good at times, but it has also been really bad at times too.  The WWE has a way of making things that do not take place on Raw, Smackdown, and PPV/Network Events as unimportant.  That could make a Woman's wrestling show seem minor league.

Does not fit with the WWE's current structure - For this to work, you would need matches from both the Raw and Smackdown Live tour on this show.  The WWE does not do a good job of taking matches from different sources and making a single show out of it.  The WWE wants to make matches seem like they are coming from single events.  They would need to re-train their audience that making a show from different events is not a bad thing. 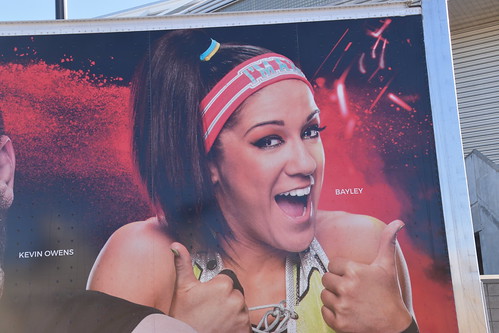