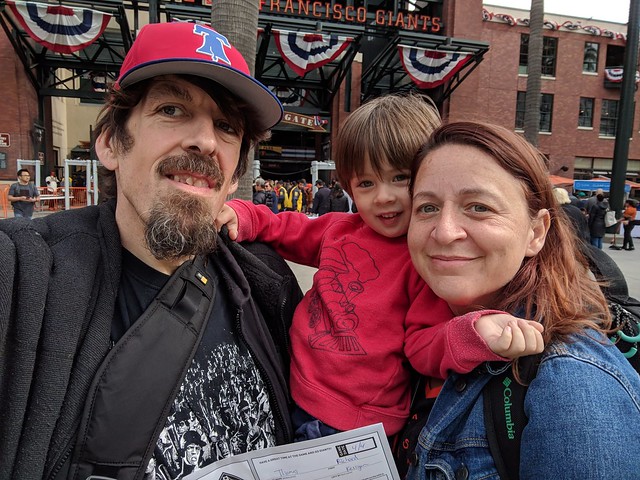 Kate and I took Scooter to his first MLB baseball game this week.  Last season I took him to a couple minor league games on free ticket games last year.  We last lasted two innings in our seats before we decided our three year old would not sit still any longer.  I demanded we stay there long enough to see Ichiro Suzuki bat.  After that we rode the slide three times and he hit the ball off the tee on the little play stadium.  We ended the night looking for pizza and walking around the concourse.We left the stadium by the sixth inning. 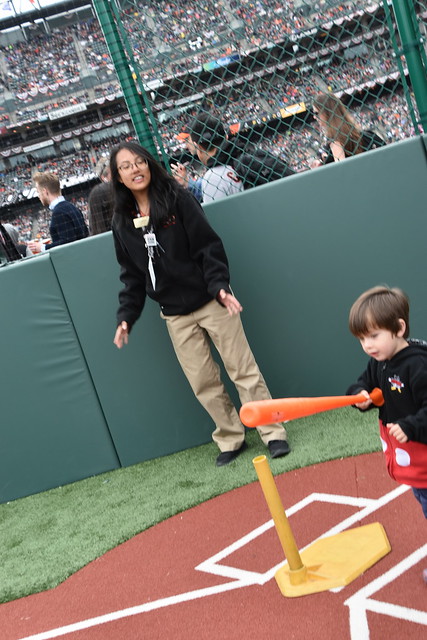 I feel this was a success.  Before I had a child I would have turned my nose up at leaving the game early.  After we saw the first batter ground out, I told Kate "Today is a success!"  My standards for some things have really changed.  It is about keeping the three of us happen and not 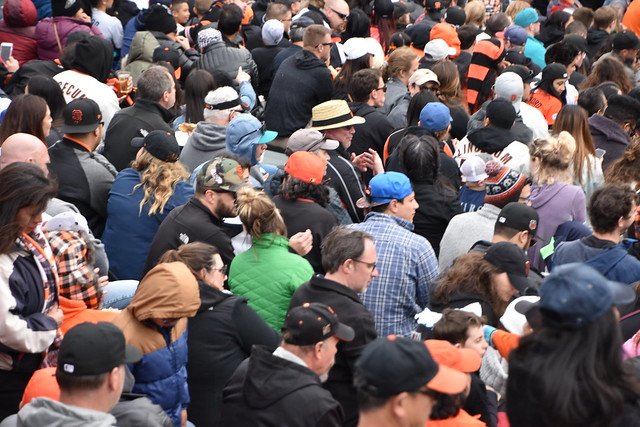 When I was growing up, my father's standards were you could not go to a baseball game until you could sit in the seat for the whole game.  For me that meant I got to see my first live baseball game as seven years old.  I know this is really different in many ways.  When I was seven years old, I went to baseball with at least two other siblings. It would have been unfair to them if I could not stay in my seat. 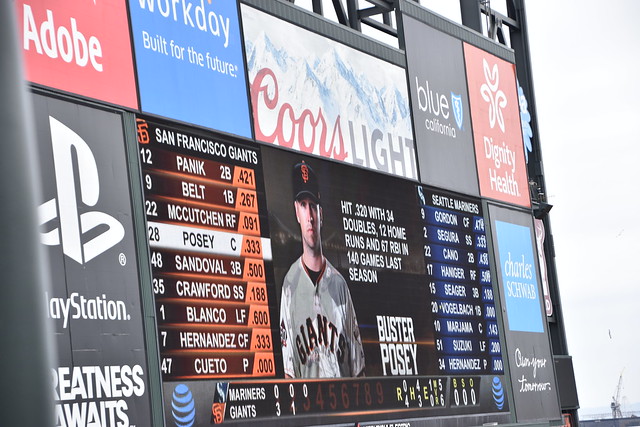 I know there are more than 40 years between my father and my fatherhood, but I always think about the difference between how I handle things and how my father would.  It is not my only frame of reference of parenting, but it is my biggest.  Everyone I talked to said about lasting 2/6 innings is good for a three year old. No one told me we should have not taken him to the game.  I know plenty of other people who have taken 3 year old or younger kids to baseball game.

These idea ring in my head, but I don't think anyone was wrong.  I know my fatherhood and my dad's fatherhood take place in two different times.  I wish Dad was still around so I could talk to him about this.
Labels: ATT Park baseball dad father fatherhood Giants kate MLB parenting parents Scooter SF Giants