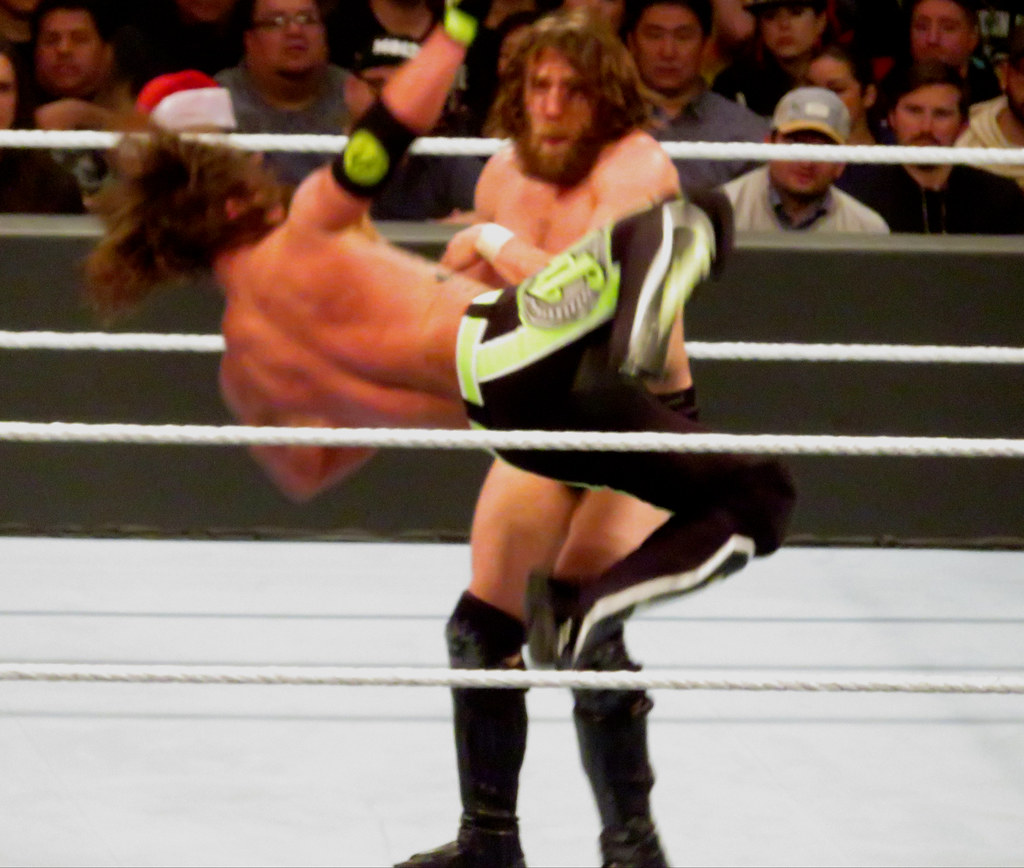 There was a serendipity when I was listening to the Wrestling with the Dawg podcast while I was on my way to see the WWE TLC event live.  Robert from the Atomic Elbow zine kept on talking about before we knew too much about wrestling.  Most of the time I am dismissive about this talk.  When some people talk about this, mostly retired wrestlers or managers, I think they are insulting to the audience.  Robert was talking from a fans point of view, so it didn't seem as sour as it comes from people working in wrestling.

For a while now I've been thinking about rooting for people to win and lose matches, not depending on my emotions, but on what outcome I think will be best for story-lines.  I was happy Daniel Bryan won because I think it is better for the future stories they can tell with him as Champion. Even though Daniel Bryan is the bad guy, I ended up rooting for him.

I am known for overthinking pro wrestling.  I was on a podcast for a year where we were proud about deconstructing pro wrestling, (Pour one out for International Object).  I think about two TV shows where I really root for characters, Breaking Bad and the Good Place.  I don't worry about how other viewers will see a character if something bad happens.  I don't worry about how this story line will cause problems with future story lines.  This is what I want out of my wrestling stories.

I am not sure how to go back.  It would be cool to be in the moment and just see the match before me.  I am not sure this will change anytime soon.  I think this might be different if I was watching an excellent wrestling promotion.  I worry that the characters will not surprise me and that I will never see the best stories from these characters.
Labels: pro wrestling story storytelling wrestling