What do we mean when we say a Wrestlers Union 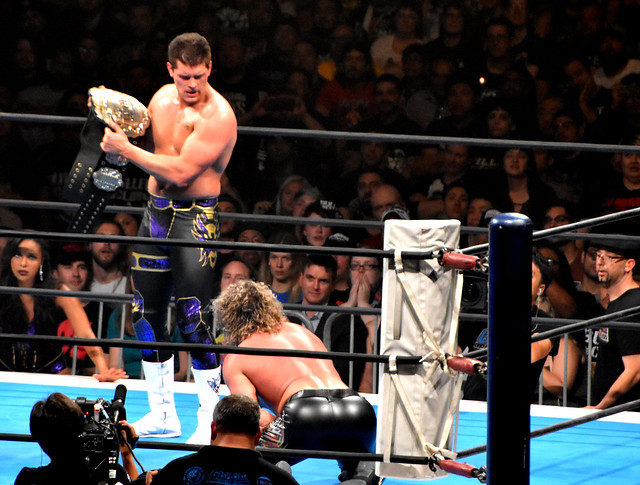 There has been a lot on wrestling twitter about this this story with this quote from Cody Rhodes in it:


I want to see an interview with Cody Rhodes just about this quote.  I think there is a lot to dig into here.  In the interview he refers to how Hollywood treats talent.  Hollywood has guilds for the actors, writers, and directors.  I am not sure how unions would kill wrestling, but has not killed Hollywood.  Not all film and television content creation has moved to non-union centers.

I've always seen a wrestlers union to be more like the SAG (Screen Actors Guild) and less like the UAW (United Auto Workers).  Unions are not only about setting the rate of pay for workers.  They are about wrestlers and employers coming to an agreement about specific topics. They are about working standards, workers having access to the accounting books, agreeing on residuals for rebroadcasts and streaming content.

I am not saying he is wrong, I do think this kind of thinking needs to be interrogated. It is too easy for someone to push it off if they are not confronted with all the different ways a Wrestlers Guild could be constructed and what rights it could protect for the performers.

We need to remember that Cody Rhodes is now an executive for a wrestling company.  He is not just a worker.  Even if he works matches, he is part of management.  His father was an executive in a wrestling company.  I am not sure he is the person we can look at for leadership on this issue.  If you look at the Young Bucks, they have been the biggest entrepreneurs in wrestlers in the past decades.  That does not make you think union founder.

AEW's owned by a billionaire family

LU by AAA & a consulting group


I don't think we will get a wrestlers union from the inside.  I think someone from the outside who knows more about unions than wrestling would have to start this.  I have no clue who that person would be.  Maybe a former pro athlete turned wrestler who is pro union.  Maybe it is a sports agent who would see a union as a form of leverage for clients.
Labels: Cody Rhodes pro wrestling union work wrestling