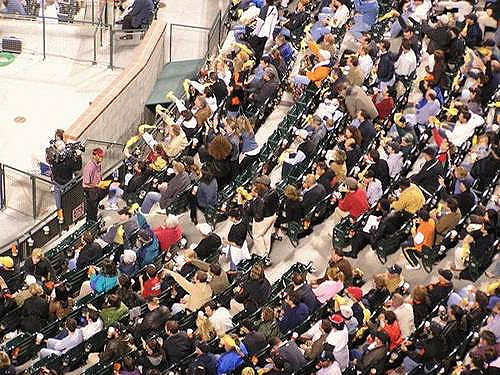 The 12 anniversary of Flickr is coming up.  They are asking people to reproduce the first photo I uploaded to flickr.  I don't think I can do this.  I think the first photo I posted to Flickr was from a San Francisco Giants baseball game.  I am not sure how I'd restage a photo.  I could try to draw a version of the photo, but I really don't have those skills.

One of my problems is I have a lot of photos on flickr, so many photos one important feature on flickr breaks.  Flickr will not load the first page of photos I've taken.  I could look for a photo that is easy to reproduce from that early batch.  I just think that might be hard.