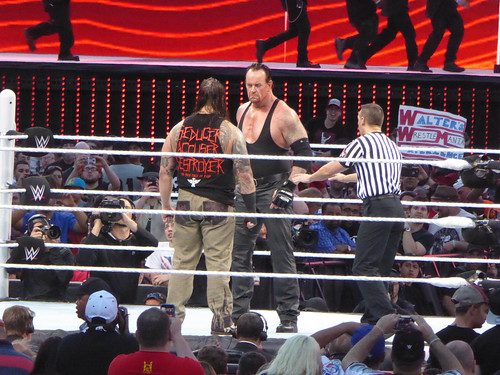 There has been a lot of talk in the past couple of years about the audience demographics for wrestling programs.  The WWE has an aging demographic, AEW is doing well in the 18-49 demographic.  Most NXT viewers are 50+.  There are a ton of wrestling podcasts out there that cover this topic.

I am turning 50 in 2022, that means I'm leaving the demo everyone cares about.  This has made me think about 50 year old wrestlers.  Lots of wrestlers keep going into their 50s.

The Undertaker The Undertaker defeats Bray Wyatt (15:13) WWE WrestleMania 31 - Pay Per View @ Levi's Stadium in Santa Clara, California, USA - (I saw this live, but don't remember it at all)